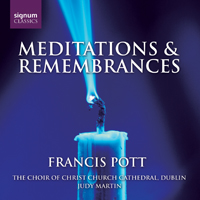 Anthem for SATB/SATB choir and organ 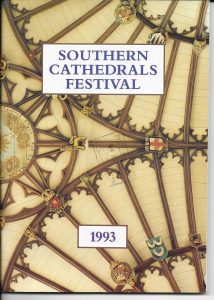 Making intensive and dramatic use of SSAATTBB forces and deploying a virtuoso organ part, this setting contrasts mystical introspection in the first section with malevolent envy from ‘the heathen’, followed by fervent celebration of God’s mercies, in the agitated central passage. An immense climax (featuring the return of the opening verbal invocation) heralds a lengthy Epilogue (‘They that sow in tears shall reap in joy’). This culminates in a spacious polyphonic Amen, returning to the opening tonality of modally- and chromatically-inflected E minor only very shortly before the conclusion.

This setting was commissioned for the 1993 Southern Cathedrals Festival and was first performed by the combined Choirs of Winchester, Chichester and Salisbury Cathedrals under the direction of Dr David Hill, with David Dunnett, organ, in Winchester Cathedral, July 1993.

Turn our Captivity is featured on a Signum worldwide release of choral and solo organ music by Francis Pott [SIGCD 080] performed in 2006 by the Choir of Christ Church Cathedral, Dublin, under its then Director of Music, Judy Martin, with Tristan Russcher, organ. An extract of this performance may be heard here:

First comes the word and here we have a composer who has an implicit understanding and love of the text, which manifests itself throughout his music. Judy Martin is a choral director who has a perfect understanding of this relationship. She draws from the mixed-voice choir of Christ Church Cathedral, Dublin, in beautifully expressive and finely honed performances. This elegant and individual music gains its own momentum as it builds toward each climax. Choral works include the Mass for five parts, Turn our Captivity, A Remembrance and O Lord, support us all the day long. The composer’s organ writing is represented by his stunning Introduction, Toccata and Fugue, which is given a first-rate performance by the Cathedral’s young Australian organist Tristan Russcher. Highly Recommended.

The music of Francis Pott is rapidly gaining attention for its silky lines and sensitivity. The items that give the album its title, Meditations and Remembrances, are settings of the 17th-century thinker Thomas Traherne. One senses Pott’s pleasure at painting the word “love” with such glowing warmth in A Meditation. He is well served by a beautifully tuned choir. The Osanna in the Five-Part Mass is light and crisp and Psalm 126 ends with the sort of melismatic Amen for which the Church was once reprimanded.